“So much can change overnight when it comes to a wildfire or a hurricane. Now that we have Avenza Maps, we can update our maps throughout the day to keep everyone fully informed of the situation.”


For over a century, the US Forest Service has been fighting wildfires and other natural disasters throughout the US and American territories. During these times of action, the US Forest Service’s men and women congregate from all across the nation to serve together in the field battling fires, hurricanes, and tornadoes for up to several weeks at a time. In order to prepare for these unfortunate events, fire fighters were usually given map packets with up to 20 pages of 11x17in paper maps, bundled together. These map packets were printed and assembled the night before and were distributed to several hundred fire fighters the next morning. 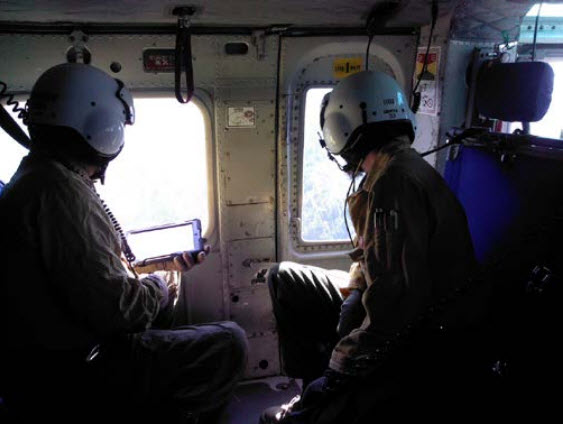 Responding with Southern California Interagency Incident Chris Brenzel, Situational Unit Leader and Fire Engine Captain, explained the need for an efficient, digital mapping solution in hopes of improving overall situational awareness as well as reducing their environmental footprint. “Often times the natural disasters we come across span over thousands of acres – and they move quickly,” Brenzel said. “When these fires move rapidly and cover so much ground, our fire fighters must stay fully aware of the current status – this was getting difficult to achieve with paper maps due to the lack of ability to update them. And the amount of paper we were using was just getting out of control.”

When Brenzel discovered that the Avenza Maps app offered crystal-clear, interactive digital maps on mobile devices, he was immediately interested and eager to test it out in a real-world setting. “When I found Avenza Maps in the iTunes App Store, I was so excited,” Brenzel stated. “It’s easy and powerful. With this app, I can have several maps on my phone and can access them anywhere I am – even if I am offline.”


Avenza Maps from Avenza Systems, Inc., a leading developer of cartographic software, lets map publishers and individual cartographers upload, distribute digital spatially aware maps. On a GPS enabled device, Avenza Maps provides the best of all worlds – the ability to read map details clearly, find your location and even add your own placemarks and data points.

“Because of the nature of our job, the technology behind this app is crucial to what we do since the situation can change quickly and suddenly.” Brenzel expressed. “With the map packets we utilized before discovering Avenza Maps, we were never able to update them after 11:00 PM the night prior – so much can change overnight when it comes to a wildfire or a hurricane. Now that we have the app, we can update our maps throughout the day to keep everyone fully informed of the situation.” 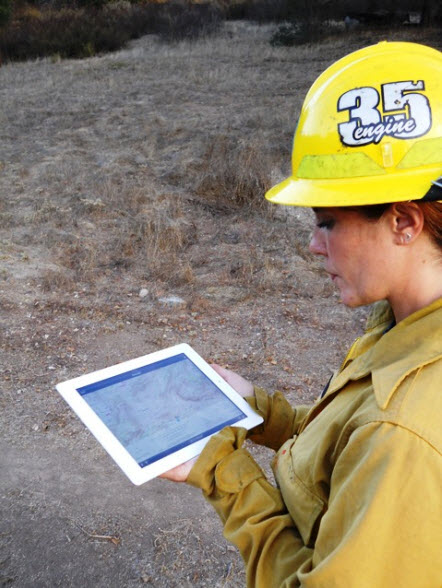 With the use of Avenza Maps, Brenzel was able to transfer large traditional paper maps to digitized, interactive PDFs for his team to utilize. This simple transfer of data from traditional maps to digitized PDFs gained approval from Brenzel’s team with the US Forest Service in just a couple of months. “When you’re out there fighting a huge wildfire, a packet of paper maps can easily tear or rip and quickly becomes a burden,” said Brenzel. “The beauty of accessing maps through Avenza Maps is that my team and I can view the maps on our iPhones or iPads anytime and see the most current status. I just have my team download the newest update and they can view the most current map. This was the biggest issue we had with our map packets – we were never able to update them as the status of the fire was constantly changing.”


Since US Forest Service fire fighters must travel regularly throughout the United States as well as its territories to battle natural disasters, the conditions frequently vary. “Disasters happen everywhere – even where there may not be an internet connection,” Brenzel explained. “But with Avenza Maps, I don’t have to worry about losing reception. I can be in any remote area – even in the air – and still view all the maps on my iPhone without fail.” 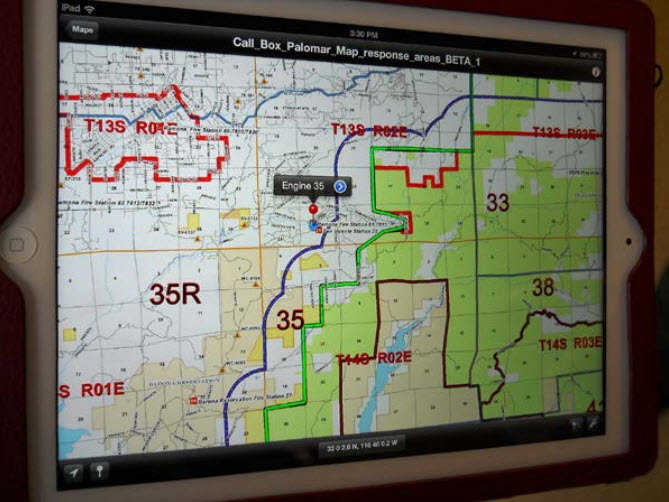 With Avenza Maps app, Brenzel and his team are able to provide situational awareness to all those involved in fighting natural disasters on US soil. By using Avenza Maps instead of paper map packets, Brenzel and his team are able to eliminate time delays as well as reduce the amount of paper waste. The app allows downloading/updating maps through the Avenza Map Store 24-hours a day as well as downloading custom maps with QR codes - another benefit to using digital maps. Through this technology, the US Forest Service men and women can easily prepare well in advance, quickly and conveniently before facing any natural disaster. Additionally, the United States Forest Service is using the application to build maps of fuel reduction projects and community defense zones to help define the boundaries and aid in the work. 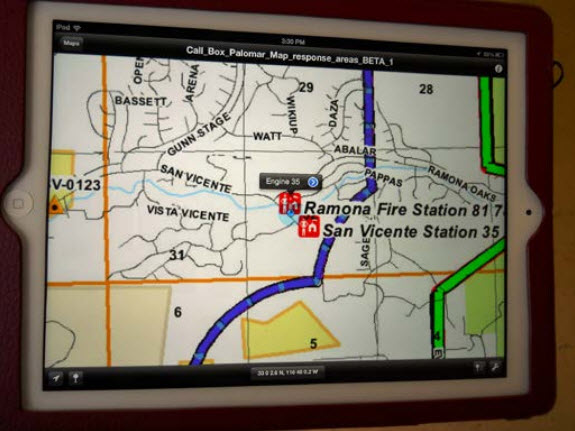 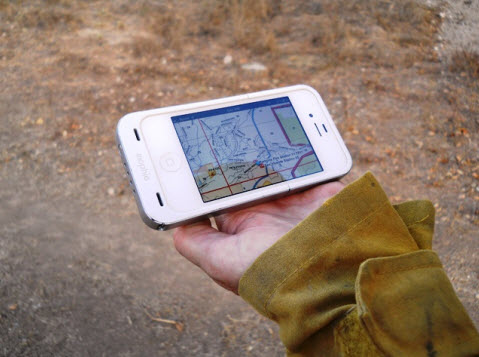 The US Forest Service implemented the use of Avenza Maps mid-summer of 2012, and quickly saw the essential need and functionality of the app. Brenzel predicts that eventually, all incident management teams in the US west and southwest will have adopted Avenza Maps. “We are really enjoying the benefits of this app as well as working with Avenza. Not only do they have a fantastic product but their customer service was really impressive. Avenza was quickly able to provide answers and recommend solutions in regards to distributing information to a wider group of fire fighters.”