“With the technology today, there’s no reason to get lost. Paper maps and data are always helpful, but with the combination of apps like Avenza’s PDF Maps app, the chances of finding a herd during any given time of the year as well as understanding public and private property boundaries can make the experience worthwhile.”


Globally, there are well over 41,000 species listed as endangered. The Tasmanian devil and the Tasmanian wedge-tailed eagle -- both of which are not found anywhere else in the world outside of zoos -- share the unfortunate designation of ‘endangered’ as well. Located on the island of Tasmania, which is the southern-most state of Australia, both species share a unique biodiversity that supports a mix of habitats for endangered plants such as the Grassland Paper-daisy, endemic species like the Ptunarra brown butterfly, and other rare and endangered marsupials and birds distinct to Tasmania. With declining numbers of certain flora and fauna, groups such as the Tasmanian Land Conservancy (TLC) are working to ensure a sustainable future for a threatened and unique ecosystem. 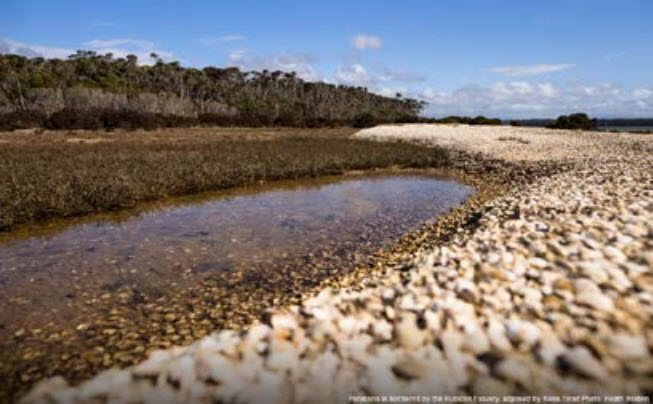 Starting with $50 in the bank and a few committed staff members in 2001, the TLC set out to protect a unique ecoregion that had fallen to outside threats like deforestation, logging, and mining over the decades. By using science and an entrepreneurial approach to conservation, their efforts continue to protect land for biodiversity by: 1) creating permanent reserves via purchasing or covenanting and on-selling properties through its revolving fund and 2) working with private landowners to protect ecological values on their own properties. Sixteen year later, TLC now manages more than 77,000 acres through covenanting partnerships, which protects more than two percent of Tasmania’s privately owned land and secures habitat for all of Tasmania’s 33 species of land mammals and many bird species as well.

With such massive tracts of lands to survey, TLC was using handheld GPS devices. However, because of issues such as poor screen resolution and difficulties in uploading tailored maps, the group found it cumbersome and problematic when information about data points weren’t adequately being recorded. Data was being collected but it was often lost when transferring it off the device. Notepads were used as a backup to write details, but working in inclement weather frequently resulted in unreadable, soggy notes. Returning from the field, staff would then have to painstakingly manually input the detailed information based from memory or handwritten reports. Although the group did the best with what they had, the results were maps with incomplete information, with staff having to recollect data or rely on memory when out in the field. It was then that a staff member suggested Avenza’s PDF Maps app. 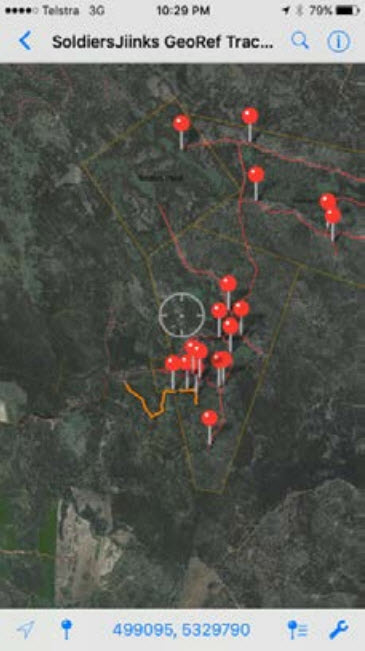 Since using Avenza’s PDF Maps app didn’t require the TLC to purchase any additional equipment, staff members with an iOS or Android smartphone or tablet could download the app, load a map of the area being surveyed and easily input notes directly onto the digital map.

“Being able to record and display detailed information about our reserves, on a device that we already carry with us, has revolutionized the way we collect and use data. It now takes only seconds to record detailed information about each site, and so our staff are happy to do this all the time, even if it’s only a minor piece of information,” said Denna Kingdom, reserves manager, Tasmanian Land Conservancy. “We now have standardized data collection and everything we collect is used, because it is simple and fast to access. After emailing the data to the relevant staff member, all that needs to be done is collate the data from different devices, and upload it to our mapping software when we’re back in the office.”


In addition, the ability to view TLC’s own tailored maps on a handheld device has significantly increased efficiency. Staff members previously used other map apps but being in an area with no internet coverage, TLC had limited maps with little to no details to choose from. Working in Avenza’s PDF Maps app, TLC could now upload, view and use internally created maps that contained only the spatial data that they required for that task. TLC staff could see exactly where they were on the map, measure distances to points of interest and calculate areas of interest. 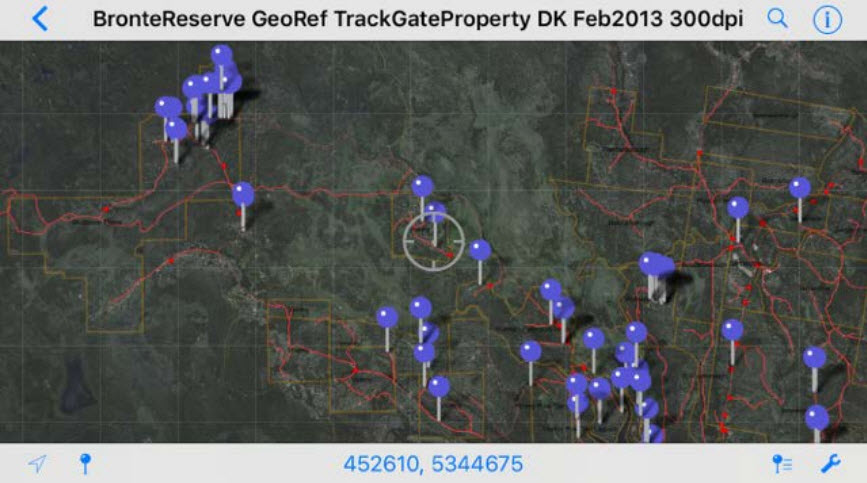 “For example, using the PDF maps app, we can now accurately record the location of new Tasmanian wedge-tailed eagle nests and confirm straightaway that it is on our reserve, as well as recording the condition of the nest, whether there is a chick in it, or if there are adult birds around, then take a georeferenced photo of the nest. All of this information can then be emailed to the office for recording with other eagle data on the same day,” said Kingdom. “We also use the PDF Maps app to record dangers to threatened species. This might include noting the location, species and size of a weed infestation that might be invading the habitat of an important plant species, or comparing the area of a recent fire with the location of a threatened plant or animal population.”

The TLC organization has found other uses for the app as Avenza continues to update it with meaningful features that are valuable to users. This includes TLC staff and volunteers sharing data points directly between PDF Maps app users while in the field. Doing so avoids the need to send the data back to the office, to collate and upload before it could be shared with others. According to many TLC members, “it’s been helpful when you’re out in the bush and find something important that others may need to visit or avoid during the same field trip.”


Avenza’s PDF Maps app plays a significant role in initiating long-term scientific monitoring which will help determine the populations of each threatened species on the TLC properties. Recently, the TLC tracked wedge-tailed eagle nests on several of its acreages and found that five of the ten nests from the previous year were used again for breeding. Because it is estimated that only 200 breeding pairs are left in the world, the data gathered via the PDF Maps app provides hope that the conservancy group is a little closer to taking one species off the endangered list by assisting in the addition of another five Tasmanian wedge-tailed eagles to the entire population. 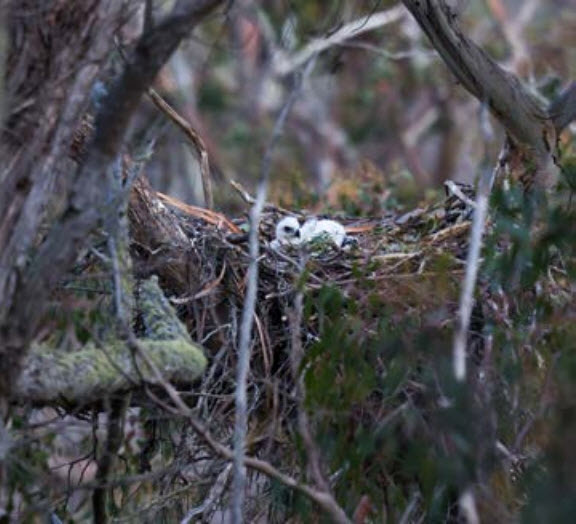 While the TLC has been successful in protecting some habitat for all of Tasmania’s land mammals, at least 600 additional species of animals and plants are still threatened by extinction in the state. This year, the TLC is working towards purchasing a property known as Panatana in the north of the state, in partnership with the local indigenous community. With the necessary mapping tools to track a variety of species, TLC staff is being confidently deployed across extensive properties in an effort to expand reserves and assist others in the community to protect their land in order to ensure that all of Tasmania’s species are secure into the future.

The TLC is comprised of a small group of leading scientists, reserve and business managers, supported by a goal-kicking fundraising and engagement team. The TLC is recognised as an innovative and effective non-profit conservation NGO, also working nationally and globally within a network of private land conservation organisations. The TLC is governed by a voluntary board of community leaders with outstanding credentials and a wide range of expertise. Visit www.tasland.org.au.