“We used to get our first look of the fire during the morning briefing when the paper maps were handed out, but now both air and ground personnel come to the briefing more prepared knowing what they’re up against.”


In the United States, an estimated 67,774 wildfires burned approximately 9,326,238 acres in 2012 alone.* To mitigate this number, teams of specialists country-wide -- from pilots of air tankers and helicopters to ground personnel such as Hot Shots and Smoke Jumpers -- are called to tame destructive fires that can destroy property and take lives.

To prepare, hundreds of firefighters assess the situation and coordinate responsibilities with various crews using maps. However, the role in which information is relayed has changed slightly through digital means, enabling information of a quickly changing wildfire to be shared with those in its path. 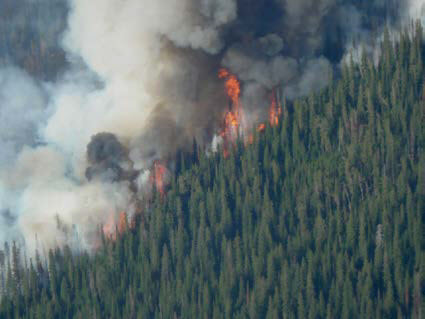 A firefighter since the late 1980’s, Bruce Banke, who serves as an Air Tactical Group Supervisor for Arizona State Forestry, shared the importance of paper maps and the issues it posed when communicating the position of a fast moving fire to various air and ground crews. As an ‘eye in the sky,’ Banke takes the role of an air traffic controller: getting a visual on the fire, documenting its movement and size, and recording locations of water and retardant drops. “Not too long ago, it was common to carry a briefcase filled with maps as large as 3 ft. x 2ft. that marked heli spots, division breaks, and numerous other landmarks,” said Banke, who has been part of the Air Tactical unit for almost a decade. “Although valuable, paper maps were very cumbersome, and sometimes so large that the ends could touch wall to wall in a tiny cockpit. When crews started to use digital maps on their iPads, it was definitely a welcome move for many.”


Still a fairly new concept for some, Banke and his team were introduced to Avenza Maps only a few years ago, allowing them to access maps and familiarize themselves with landmarks and fire breaks long before they arrive at a base camp. Once the Incident Management Team’s GIS Specialists create the initial map with a QR Code (Quick Response Code), an incident-specific website is assigned, and firefighters can download the latest maps to the Avenza Maps app and receive the most updated version. “We used to get our first look of the fire during the morning briefing when the paper maps were handed out, but now both air and ground personnel come to the briefing more prepared knowing what they’re up against,” Banke shared. 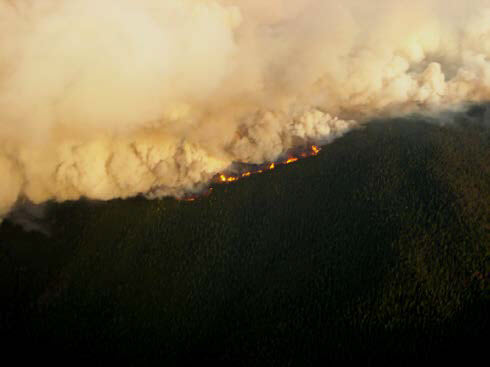 Avenza Maps from Avenza Systems, Inc., a leading developer of cartographic software, lets map publishers and individual cartographers upload, distribute digital spatially aware maps. On a GPS enabled device Avenza Maps provides the best of all worlds – the ability to read map details clearly, find your location and even add your own placemarks and data points 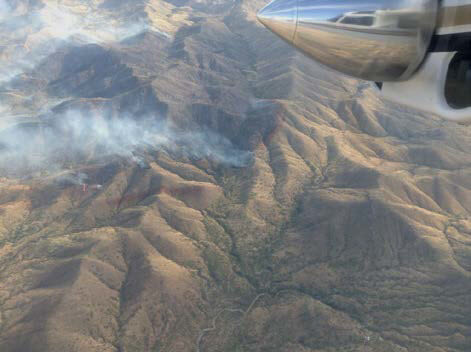 While acting as a guide to water tankers and other ground personnel, Banke’s job also includes being cognizant of areas near water or where retardant drops could be harmful to certain species. With the use of Avenza Maps, Banke can easily record a 1,800 gallon fire retardant drop with a simple touch of a pinpoint and include a picture and noted details to send back to biologists and GIS specialists monitoring the area. With ease, Banke can also quickly email copies of his findings back to base camp so that incident management personnel is aware of any wildfire shifts while Banke is airborne.


“If we can catch a fire when it’s small, I can use Avenza Maps to reference roads and send images for people to get to an emergency. Usually that doesn’t happen until we land back at an airport,” said Banke. “Communication becomes more direct and visual which cuts down the search time it takes for our guys on the ground to get to a fire. This way, I can walk them right into the area.” 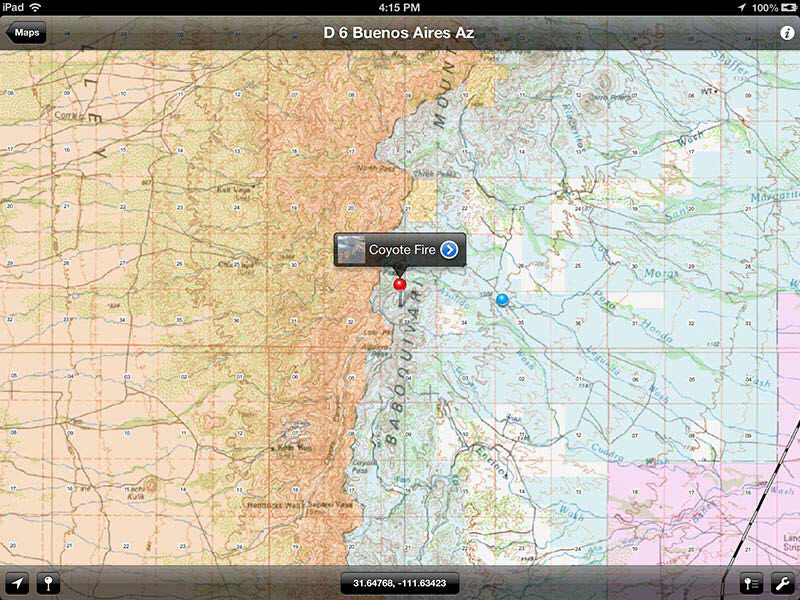 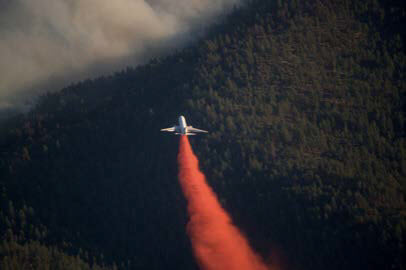 Banke and his team know that even a small campfire has the opportunity to grow very large, resulting in damaged homes and injured people. “Whether it be three people or more than a thousand people working a fire, our priority is safety...everyone comes home. The smaller we can catch them, the better off we are, which is why we put so much emphasis on getting to them quickly and keeping them as small as we can. Avenza Maps helps us to do just that.”


Every year, air tactical workshops are conducted where people like Banke receive a refresher course on rules, regulations and training of new techniques and technology. Avenza Maps is now included in the training on important apps used out in the field.


*US Fire Administration Statistics on Wildfires