Avenza Maps has come a long way since 2010 when the app was first conceived by Avenza Systems president, Ted Florence. Our focus has always been on providing the best mapping and cartography tools. Since the late ’90s, our desktop mapping solution MAPublisher has given publishers and cartographers the tools to gather their GIS data and create beautiful maps all in one place. Soon after, Geographic Imager was created to provide users a powerful way to edit spatial imagery. But where did those maps go once they were made? Initially, those maps would more commonly be sold in print on websites or in brick and mortar stores; and we had no intention of getting into the print business. By the late-2000s, the emergence of smartphones changed the mapping landscape and we had every intention of evolving to get into the app business.

It quickly became clear that the distribution of digital media was changing. Movies, books, and music were all finding new outlets on Apple and Android devices. Why not maps? This is where the “Geospatial PDF Viewer” came in (yes, that was the first name of the app). This new app was intended to allow users to take those very same maps that were created on their desktops and use them on their fancy new smartphones. 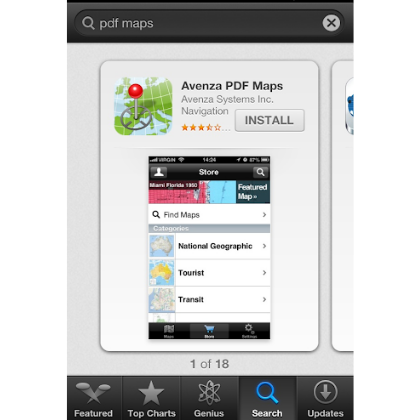 It began very much as an experiment. Functionality was limited and it served only some of our most dedicated users who came from a geomatics background and could understand that the app was an extension of our desktop software. You could locate yourself, create placemarks, view coordinates, and export your points as KML. As a “beta” pre-version 1.0 release, that was about it. It was not expected to become a standalone app with worldwide usage. There wasn’t even a Map Store! It was a humble beginning.

At the end of 2010, and after months of testing with a silent release, we officially launched the PDF Maps app (we told you naming wasn’t our forte) on the Apple App Store. Over the next two years, we monitored our downloads, fished for feedback from our core of users, and prepared for the next step -- Android! We were in growth mode (we still are) and hired a small team of additional developers to start on the Android version. After a short beta, we released PDF Maps for Android in the fall of 2013. Like the iOS app, it garnered a strong following as many users have been waiting for it. There were plenty of challenges: performance on older devices, device storage limitations, the differences in UI when comparing the Android and iOS versions. As we continued to learn, grow, and expand our capabilities, we addressed many of these challenges through regular releases.

We also realized the way our users consumed maps was changing. Users regularly requested a central place where they could browse and download maps. We initially came up with the “PDF Maps Library” (no, we were not good with coming up with catchy names), a simple repository where collections of maps could be downloaded from. This was the first iteration of what would eventually become the Map Store. We never expected the commercial demand from hundreds of thousands of recreational users. Once again, we shifted to build a new iteration of the Map Store to provide users with maps from thousands of map publishers. Today, the Map Store is home to top publishers including National Geographic, Michelin Maps, and DeLorme/Garmin and organizations like the USFS and USGS that publish maps that cover the entire United States. We’re adding thousands of new maps every month and curating map collections from publishers and agencies around the world is one of our top priorities. 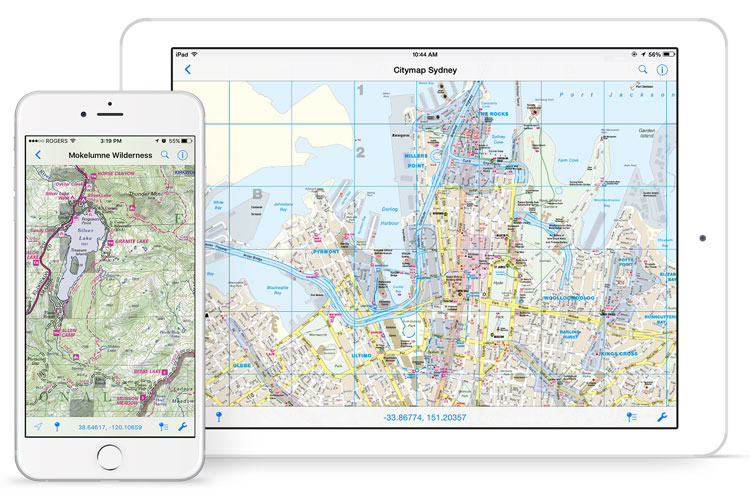 Where are we headed next?

While the Avenza Maps app contains dozens of tools and features catering to users who hike on weekends to wildland firefighters who battle seasonal forest fires, we’re heading towards more focused experiences in the app. We’re talking and working with our professional users to create better tools and an experience that is suited for them. We’re gathering feedback from recreational users to eventually create an even better journey and experience with more curated content. This will take time but we know it will be well worth it. There’s much more to share very soon. Thank you for using Avenza Maps and helping us build something great!